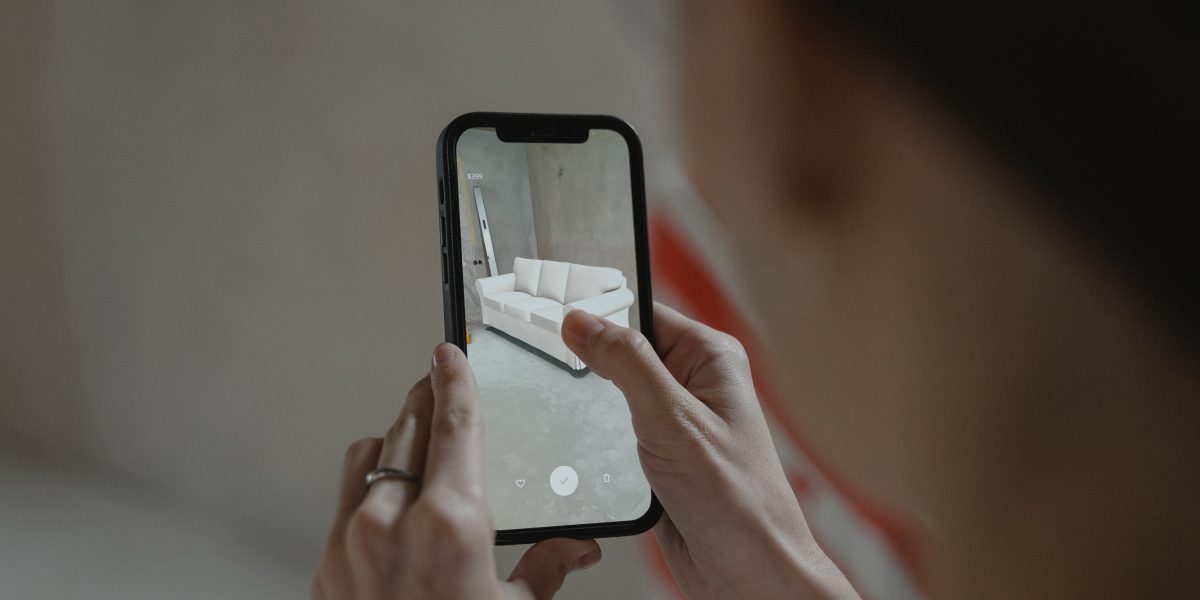 Augmented Reality (AR) is a technology that is rapidly changing the way we live, communicate, learn and work.

In general, Augmented Reality (AR) involves overlaying visual, auditory, or other sensory information onto the real world to enhance one’s experience. In other words, AR uses the existing real-world environment and puts virtual information or even a virtual world on top of it. Many people still get confused between Virtual reality and Augmented reality. Unlike Virtual Reality, which creates its own cyber environment, AR adds to the existing world as it is. For example, think of Pokémon Go, where users are searching in their real-life neighborhoods for animated characters that pop up on their phones or tablet. Augmented reality alters one’s ongoing perception of a real-world environment, whereas VR completely replaces the user’s real-world environment with a simulated one.

The earliest functional AR systems that provided immersive mixed-reality experiences for users were invented in the early 1990s, starting with the Virtual Fixtures system developed at the U.S. Air Force’s Armstrong Laboratory in 1992.

Commercial Augmented Reality experiences were first introduced in entertainment and gaming businesses. Subsequently, Augmented Reality applications have spanned commercial industries such as education, communications, medicine, and entertainment. In education, content may be accessed by scanning or viewing an image with a mobile device or by using marker less AR techniques. Augmented Reality’s benefits can also extend to the healthcare sector, where it can play a much bigger role. AR apps enable users to see highly detailed 3D images of different body systems when they hover their mobile device over a target image. This use of AR has become a powerful learning tool for training medical professionals. Some early adopters in the retail sector have developed AR technologies designed to enhance the consumer shopping experience. Augmented reality has been incorporated into store catalog apps, which allows consumers to visualize what different products would look like in different environments. For example, when buying furniture, shoppers point the camera to the appropriate room and the product will appear in the foreground.

A key measure of AR systems is how realistically they integrate augmentations with the real world. The software must derive real-world coordinates, independent of the camera and camera images. That process is called image registration and uses different methods of computer vision, mostly related to video tracking.

Augmented reality simulation is no simple task, and developing it requires the proper tools. We will look into 5 tools for AR creation that are popular and valued in the AR development community.

ARKit is the most reliable tool for the development of AR software in iOS devices which was developed by Apple. The notable thing about ARKit is that it’s impossible to use ARKit on android phones. The software relies on camera sensor data and additional data such as gyroscope and accelerometer to detect and analyze users’ surroundings for AR visualization. One of the additional cool features that ARKit supports is fast motion tracking and also face tracking.

ARCore is also a leading tool in the tech industry used for the development of AR software in android devices. It was developed by Google. ARCore comes with the standard bundle of AR features (motion tracking, surface detection, light estimation), as well as several advanced features, such as augmented images and multiplayer (rendering of the same 3D objects on different devices simultaneously). It is also worth mentioning that ARCore is compatible with Vuforia which is another leading tool for AR development that allows users to make the best out of the two software at once.

Vuforia Engine is a software development kit (SDK) for creating Augmented Reality apps. With the SDK, you add advanced computer vision functionality to your application, allowing it to recognize images, objects, and spaces with intuitive options to configure your app to interact with the real world. Vuforia offers a range of products for developing AR experiences, including Vuforia Engine, Studio, and Chalk. The software supports the creation of both marker-based and markerless AR and has several key features that make it one of the best for object recognition and 3D modeling.

ARToolKit is an open-source and free-to-use SDK used for AR development on devices of different platforms. Apart from Android and iOS, ARToolKit is also used for the development of AR apps on Windows, Linux, and OS X. Initially released in 1999, ARToolKit has undergone various updates. Some of the features included in the latest update are tracking of planar images and simple black squares, real-time speed support, natural feature marker generation, and easy camera calibration. ARToolKit also comes with several optional plugins for development with OpenSceneGraph and Unity

Wikitude founded in 2008 is relatively a newcomer to the market and is another great choice for AR software development. Despite being a newcomer Wikitude has already earned a solid reputation. In fact, the debate of Vuforia vs Wikitude has become quite active recently. Wikitude is suitable for developing AR apps for Android, iOS, and Smart Glasses devices. Like most top AR development programs, Wikitude supports a variety of tracking methods and technologies, but also incorporates geolocation, cloud recognition, and distance-based scaling features.

The Bright Future of Augmented Reality

According to a report by Valuates, the AR market is expected to grow at a CAGR of 63.3 percent by the end of 2025. It will reach $571 billion CAGR by 2025. And we can expect that by 2030, Augmented Reality headsets will be a common tool for surgeons, radiologists, and many other medical professionals.

AR-capable smartphones and tablets are everywhere, and they offer great opportunities to advertise and extend conversion-driving experiences to users. Companies that offer rich AR experiences to their customers will be much better equipped to stand up alongside their competition. Considering this, now is the best time to invest yourself in the vast world of Augmented Reality.