How to use CDN

Azure Redis Cache is based on the popular open-source Redis cache.  It gives you access to a secure, dedicated Redis cache, managed by Microsoft and accessible from any application within Azure.

Azure Redis Cache is available in the following tiers:

Next you will need to first select a name (DNS name) that is unique. The resource group your cache will belong to, and the location. You should strive to select a location that is in the same region as the services that will use the cache for best performance. The DNS name for your cache will be {cache name}.redis.cache.windows.net.

Once you have the config done, you’re ready to start utilizing the cache as normal. An example controller is shown below: 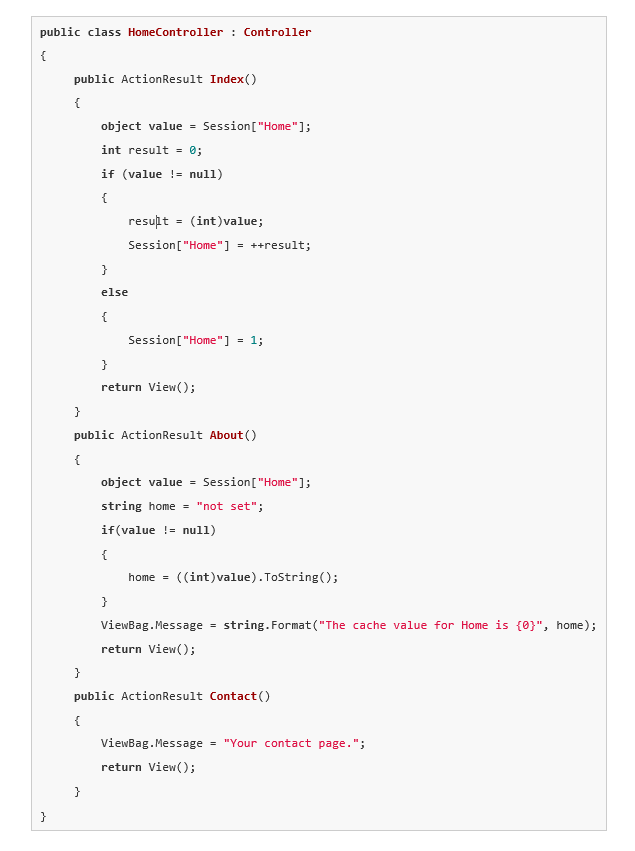 The output cache is a great way to improve your sites performance by storing html in a cache to reduce response times and load for your site. Microsoft has also provided a way to easily configure your .Net application to use Azure Redis Cache for an Html output cache.

The first step is to add the Nuget package to your project. Click on “Manage Nuget Packages” in your project and search for RedisOutputCacheProvider. You should see Microsoft.Web.RedisOutputCacheProvider by Microsoft. Click on that one and install it. Next is to configure the output cache to use the Azure Redis Cache by altering the caching section in the Web.config. 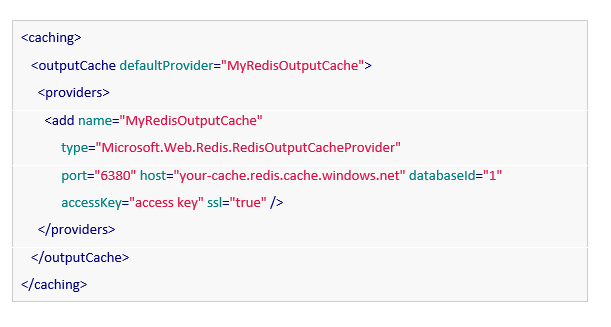 You can also specify in the view by doing

This very simple code will store the pages in the cache for the specified amount of time. You can also configure the cache to vary by headers, parameters, etc.

Custom use of the Azure Redis Cache

To configure the Azure Redis Cache for general use, simply install the StackExchange.Redis by Stack Exchange Nuget package. Once installed, you can connect and interact with the cache easily. Below is a sample controller which utilizes a connection to the cache to increment a value. That value is also retrieved and displayed on a different view utilizing the same connection property. 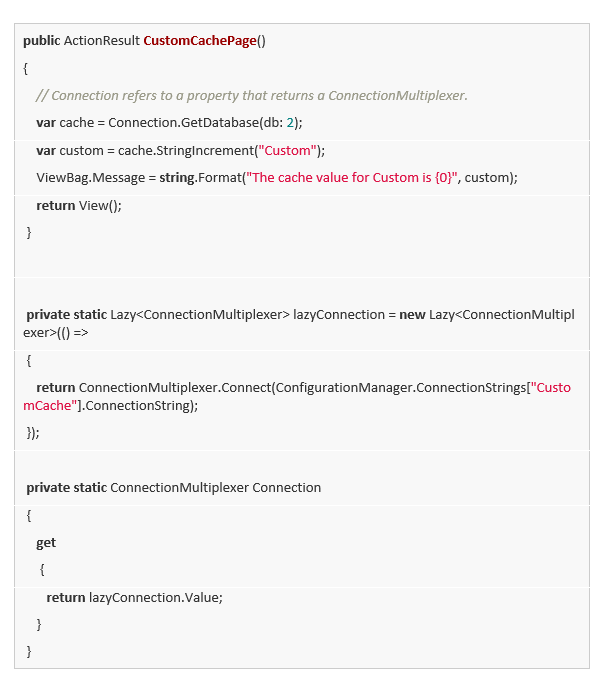