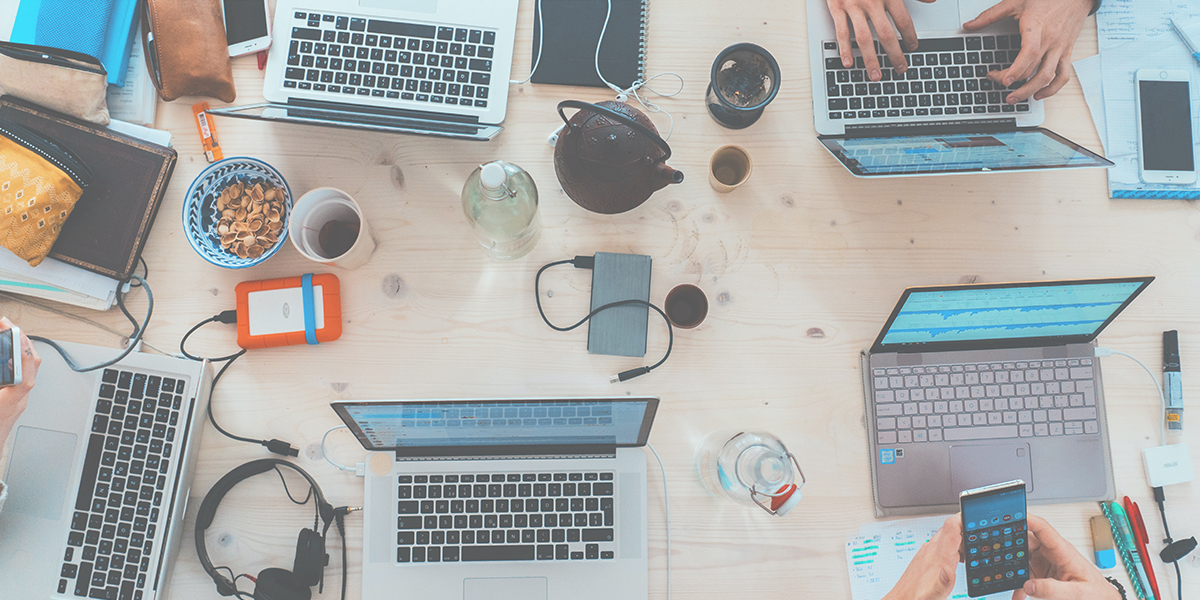 Software crowd testing is a newfangled technology that can support brands to ensure their mobile applications, websites, and other digital services perform faultlessly. With crowd testing, QA inspections are performed by a hegemony of expert, freelance testers located all over the world. Crowd testing is one of the drafted testing strategies. 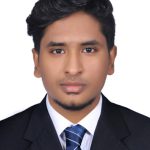 Crowdsourced testing expedites all brands to obtain test cases of functional testing of professional testers located in the relevant market. Crowdsourced testing is building encroachment in the software industry and it provides companies prompt and cost-effective measures of developing then testing apps that meet users’ requirements.
The crowdsourced testers are earning money through remote working varying from a few dollars for every detected bug to weekly salaries of $2000 and up. In addition to this, crowdsourced testing provides diverse benefits that can get additional information to QA campaigns as well as ensure the projects on schedule.

What is it for?

Let’s start with “Once upon a time”

Let’s start with a remark. Crowdsourcing (crowd + outsourcing) is the hiring process in which responsibility is posted openly rather than given to an expert within the firm. The intention is to get a better explication—or at least a more modest one—by spreading out to more people.
“Crowdsourcing is the act of taking a job traditionally performed by a designated agent (usually an employee) and outsourcing it to an undefined, generally large group of people in the form of an open call.” It uses the concept of “two brains are better than one” and links it with the sense of competition to launch better outcomes. Running in tandem with a tool that gives an enormous quantity of people instantly and efficiently. crowdsourcing has developed from fiction and an effective method to administer enterprise into a crew of big enough to reform the system in which the business is conducted. At the while, this practice is principally used by digital applications like design, but it is extending into different areas every day and maintaining to develop and enhance its performance. Like a bipedal, hairless monkey with a mature head, over the last decade crowdsourcing, has generated a kind of various “classes.”

Now, crowdsourcing is solidly established in both our communities and our marketplaces. Initial turn-of-the-century websites like Wikipedia and encyclopedia are written and edited solely by its users, and iStockPhotos, a library of royalty-free pictures also offered by an association of users, showed that the community-driven form was enough. The growth of social media in the 2000s also gave confidence to the idea that organizations are more potent (or powerful) than individuals.
Before, online job listing sites advertised crowdsourcing and induced it into the field of business. Sites like Monster.com, Mediabistro, and Craigslist Jobs were early adopters of this then-experimental method and showed crowdsourcing had literal commercial profits for employment. These were the first to try internet-based job placement, using crowdsourcing to give out to global locales rather than remaining local like most employment placement methods before them.

Micro tasking involves the modularisation of queries into microtasks of differing granularity that are treated by a given digital labor team. These tasks are assigned to computational programs that share duties with crowds of workers. Most modern micro-tasking platforms incorporate the usage of blockchain technologies to encourage large-scale, decentralized collaboration based on dispersed governance rules. By the use of blockchain technology, an extensive distributed database can be installed to register data from volunteers Which once entered cannot be modified retroactively. 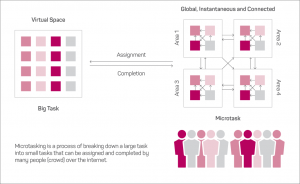 The major difference between micro-tasking actions such as marketing platforms, crowd projects in science, and virtual information administration for hazards and crises is the open availability of the information outputs that these methods deliver. Crowd science actions are stated on the ‘open sharing of standard inputs’. Marketing platforms have particular property licenses, while the crowd-sourced crisis information is subjected to growing needs for secrecy and confidentiality.

One of the biggest benefits of crowd testing is that it lets you test your software at scale without having to build your own team. Instead of hiring testers one by one, you can access thousands of dedicated testers within minutes, giving you access to QA testing on a truly massive scale.
This scale means more eyes to review each section of your app, more tests to make sure all of your app’s functions work properly, and a greater ability to detect uncommon bugs that can pass by a smaller, in-house testing team unnoticed and unfixed.

One of the most challenging aspects of mobile QA testing is delivering device diversity. A serious benefit of crowd testing is that it gives you instant access not just to scale, but to device diversity. Instead of buying or emulating every device, you’re releasing your app on, you can access them through the sheer scale of the crowd.

We can deliver our application quickly, with far fewer worries about bugs or stability concerns thinking it back from reaching its potential. We get reliable testing results when we need them instead of weeks after starting the QA testing process.

Total in the profits achieve from never having to buy various tools and the benefit of crowdsourced QA testing becomes even more prominent. Will get entrance to higher quality testing at far lower costs than what you’d pay to QA test using traditional methods. The final benefit of crowd testing is value. Since you only pay for discovered bugs, testing your app, website or email campaign using an on-demand crowd testing platform lets you QA test at just a portion of the cost of making similar tests internally. The result is an application that’s optimized for performance, free of major bugs, released on schedule, and — usually as a result of the crowd testing method — fully QA tested at or under its target budget.
Here comes the bad part…

In crowdsourced testing, you never know who is testing your product.

Managing and tracking can get out of control

In circumstances when you are using different kinds of testing at the same time, you can assume how quickly bug reports can stack up. If the platform you are using for crowd testing is not verifying the bug addresses properly, you might have to talk to the testers. And since the testers are spread all around the world, communication can get complex very swiftly. So Time zones and language obstacles can stand in the way of stable operations. Keeping a crowd testing platform that contributes support for these points and handles bug reports internally can be a great help. Check how to get validated bug reports fast and maintain them efficiently.

Finding the best fit may become an issue in crowdsourced testing

The file of possible testing classes is large. Some sort of testing is classified by the technology being tested – user interface testing(UI), security testing, etc. Another testing is divided by the nature of the work developed – for instance, iterative or regression testing. In crowd testing, all testing types are not suitable for the crowds to perform. So it is necessary to recognize the types of testing you would like to outsource to the crowds, and be careful with the selection. 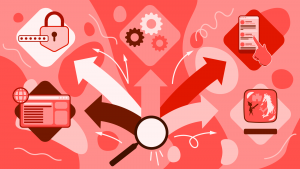 Software testing is not only important but inevitable. There are many ways to test a scenario, but it is important that analyze your sources and preferences of testing. Crowdsourced testing has been rising in demand, and the benefits are discussed above are definitely on the list of its reasons for progressing fame. However, this type of testing can be used when the right circumstances are met. So the pros and cons given here can surely help you to get the right track and also helps to avoid consuming time and resources.